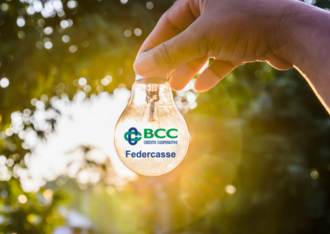 The Italian Cooperative Credit Banks (BCC) will focus their attention on how “sharing lights up energy”, inviting all the single banks not just to be aware of turning off the lights, but also to organize and support campaigns based on the cooperation theme. Every bank will be able to use a “manual” concerning easy exercises to reduce energy consumption, involving the territories they’re settled in (bike, car, book sharing, wi-fi sharing, cooking methods, etc..).

This campaign let the BCC show how strong and important they are in a particular way to “sharing”  economy. According to the italian law, in fact, BCC destinate at least 95% of their loans to the places where they’ve collected the savings. This is how BCC reinvest on the territories they’re settled in, supporting local real economy, families and companies. It’s a unic service in our country.

For this 2017 “Energy Consumption Reduction Day”, the BCC are going to use original “witnesses” called “Solar Jar”. “Solar Jar” are special lamps produced in the Southafrica’s townships of Alexandra and Soweto, and commercialized by the Fair Trade Organization. They’re small glass lamps with led lights and solar photovoltaic panels on their top: saving light during the day and releasing it during the night. Over 400 “Solar Jar” will be turned on at the end of two special events in Rome and Milan,  in the evening of the 24th of February.

BCC can rely on the technical support given by the “BCC Energy” consortium, the association that allowed them to buy “clean energy”, saving on the energy bill.  At December 2016, the BCC Energy’s participants were 123 (104 BCC, 10 local Federations, 9 Iccrea’s Group Societies), for a 93,4 GWh consumption. In economical terms, the savings had been 3,6 millions euro, compared with the average of “safety prices”.
Since BCC Energy’s birth in 2009,  the complex of the savings has been more than 12 millions and 600 thousand euro.

Trough the years,  more than 480 millions euro has been used by the Italian Cooperative Credit to finance and support sustainable energy in their communities. It has to be mentioned the agreement that BCC made with Legambiente (years 2006-2015) that allowed the financing, at a subsidised rate, of over 5.697 renewable energy projects (for families and companies). Investments amount to 268 millions euro. 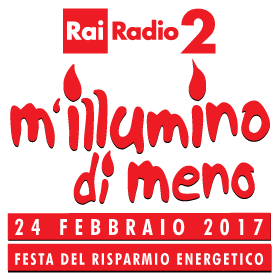 Find more information about the CSR practices of BCC on their Website.